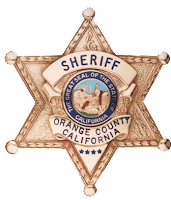 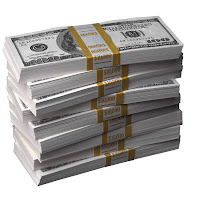 Red County is at it again. Every time it looks like Bill Hunt is gaining momentum the Hunter/Schroeder wannabe posse attempts to ride his coattails. This time, like always, the Hunter/Schroeder Public Trust Wrecking Crew dredges up the Gregory Haidl pot incident as if it were some major drug deal that was covered up. The only thing major about it was that Greg Haidl was involved and that Carona and Jaramillo repeatedly attempted to cover it up. 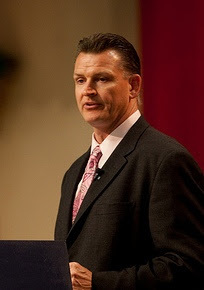 Recently, I found a short set of transcripts from the USA vs. Carona trial in my email's inbox. The parts I received pertained to Gregory Haidl and very loosely to Bill Hunt. The one person who supposedly was told by Hunt to NOT arrest the suspects that night has since died. When Sgt. Downing died, he took with him the truth about what Bill Hunt said. Since the beginning, Hunt's story has remained the same. Further if anyone had a shred of evidence that Hunt did something illegal, why didn't the U.S. Attorney go after Hunt in the indictment with Carona and his posse? Because there is no evidence that Hunt did anything illegal. In fact, the California Attorney General's report says as much and goes further to say that Hunt did not break departmental policy with his role as chief of police services. The one guy who really botched up the field work and subsequent reporting and evidence booking was Sgt. Downing. Everything Roche had to say about Hunt was regarding Roche's claim that he was ordered to omit facts from his report which was debunked by Sgt. Gaffner's signed statement that supports Hunt's side of the story.

No, I am inclined to believe Gaffner and Hunt over a pissed off deputy who had his toes stepped on by all of his supervisors; first by his sergeant (Downing) and second by two other supervisors (Gaffner & Hunt). I still think it was Roche who violated departmental policy by leaking the audio and video recordings to the media. Roche was the one with the chip on his shoulder and wanted to get even with management. The only problem is that it's his word against two supervisors, one of which (Gaffner) was independent of the rest of the incident. Not helping Schroeder or Hunter are the facts found by R. Scott Moxley of OC Weekly when he pulled the phone records and found that Carona had lied about his hand in the Haidl affair.
As whoiscraighunter.org has reported, Schroeder was Carona's puppet master as he is now Hunter's. That means Schroeder and his wife (who works in the DA's office and is now the DA's Chief of Staff) had access to sensitive information and unique opportunities to tip off Carona about what the Grand Jury and DA's Office were doing when it came to investigating him and his posse. It wasn't until the Feds got involved that we started to see what was really going on. So, let's recap that thought: Schroeder had Carona and the DA in his pocket. Carona specifically asked the attorney general to NOT investigate. Carona walked free throwing everyone in his posse under the stage coach until he was the last man standing. Then the Feds caught him on tape saying some pretty bad stuff. Of course the Feds were a little out of reach of the Schroeders' grasp and eventually Carona was indicted on the somewhat minor charge of witness tampering (minor considering what Carona was charged with).
And of course, Schroeder et al are back with their pot laced smoke screen buying off the Red County boys (and maybe girl) to get their guys, Craig Hunter and Mike Schroeder, into the Sheriff's Office so we can have Mike Carona reincarnated in the Osborne Building.

All this over a small bag of dope!  But we have to keep in mind that the kids at Red County are just doing the job that they are paid to do.