Check out this shocking video of what can happen when the power goes out!

Are You Prepared? Check Out This Disaster Checklist and Get Prepared 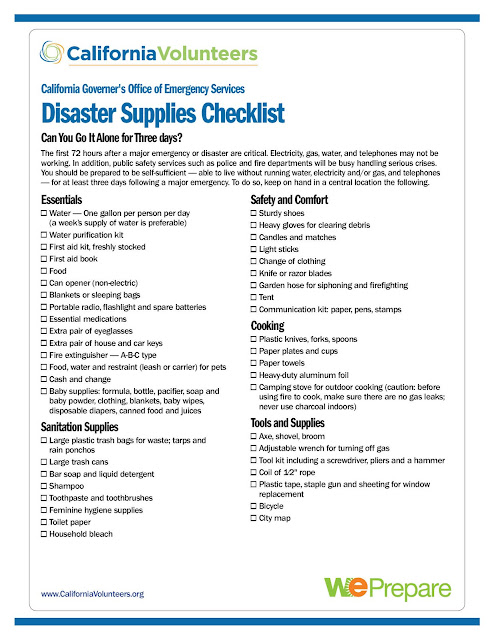 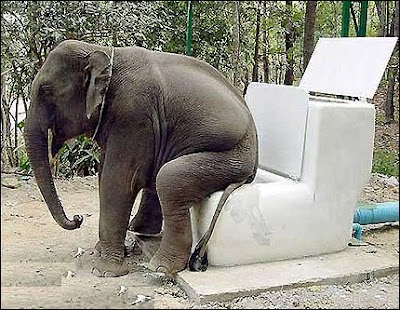 Titan waste
After showing you how management lives in the lap of luxury last week, I received an email from a Friend who brought to my attention a Cal State University system business practice that forces out qualified, lower paid part-time lecturers and untenured faculty, and brings back higher paid, semi retired faculty. The faculty and management at our own Cal State Fullerton know this practice as FERPing. Just the sound of the acronym sounds like something they should apologize for and we haven’t even said what exactly FERPing is. 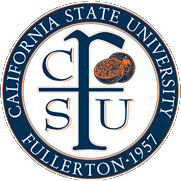 The Faculty Early Retirement Program, as the name implies, allows faculty to retire early and then come right back to work. On the surface it creates a lower fiscal burden on local university funding which looks like a cost savings for guys like Milton A. Gordon, who gets $302,042 per year while living rent-free at the El Dorado Ranch. The reality is that it costs tax payers and students statewide more than utilizing the lower paid part-time faculty who, under FERP, are forced out.
Retirement never looked so lucrative. While everyone else must take furloughs or are getting laid off outright, the FERPers receive FREE parking, ALL of their retirement benefits, and 50% of their last salary. That’s part of the reason why your kid’s tuition continues to rise and classes are getting cancelled. This Cal State double-dipping program is brought to you by the public employee unions as a result of the spineless leadership who is content to live in their rent-free mansion with an inflated salary and the entitlement attitude of senior public employees. Some FERPers have been milking us for more than 5 years!

It’s time to wean the leaches off our sweet cream before all we are left with is sour cream for our kids. Email Milton Gordon at mgordon@fullerton.edu or you can call him in his CSUF public employee office at (657) 278-3456. Tell Milton Gordon it’s time to act fiscally responsible with our tax dollars.

Katie breaks out the broad brush for this one.  Notice how hard she tries to bait the guest into making a racists or extremist comment.  And if you really want to hear something shocking, roll the video forward to about 28:15 and listen to this self-proclaimed expert as he connects being a patriotic Christian to being racist extremists.  Who knew the Christian motto "What would Jesus do?" would be answered with "Kill the Jews and the blacks" as the author would like you to believe. I suppose it is fair to infer that being a Jewish patriot or Muslim patriot is just fine. Being a civil libertarian has never been so hard for Christians who believe in all of the Constitution's amendments.

The "expert" would also like you to think that militias are not supposed to be threatening or menacing by their mere presence. However, I believe as many judges do, that the intent of the "militia" being mentioned in the Constitution was the final stop-gap to prevent tyrannical rule should all other checks and balances fail. California, so far as I know, has no militia. The last one we had was turned into the Army Nation Guard which get's deployed regularly to foreign countries. I don’t think that was the intended use of militias when Mason, Jefferson, and the others penned the Constitution. But what do I know, I’m just a voter.
by Greg Sebourn on Wednesday, April 07, 2010 No comments:

***UPDATE***
(Nov 9, 2010) It seems that a CSU Fullerton reporter for the Daily Titan caught some flack after using quotes from this blog post.  Apparently, my criticism of CSU Fullerton president, Milton Gordon, and echoed by the CSUF reporter was just too much for the media relations folks to handle so the story was pulled from the campus paper.
The ironic part is that the CSUF story was pulled after its initial publication on November 4th, just days before an extensive issue covering freedom of speech.  As the young reporter has just learned, our speech is suppressed and our freedom limited everyday.  As more details emerge, I'll be sure to share them.  For now, CSUF staff will continue to protect their president, Milton Gordon, and his kingdom. 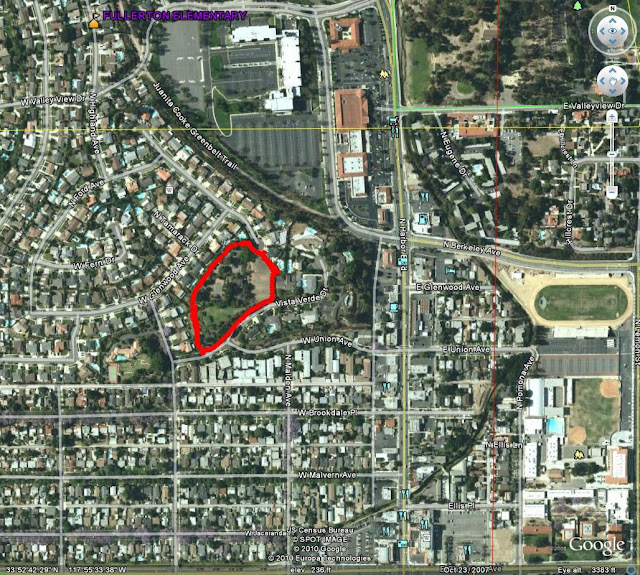 "It's good to be king!" Indeed, if you are Cal State Fullerton's president, Milton Gordon, you are living the good life at the old Chapman family property known as the El Dorado Ranch at 225 West Union Avenue. Gordon's residence is a sprawling 4+ acre palatial estate sitting high in the Fullerton hills overlooking the commoners eking out a living below and no longer appears to be a working ranch despite its name. 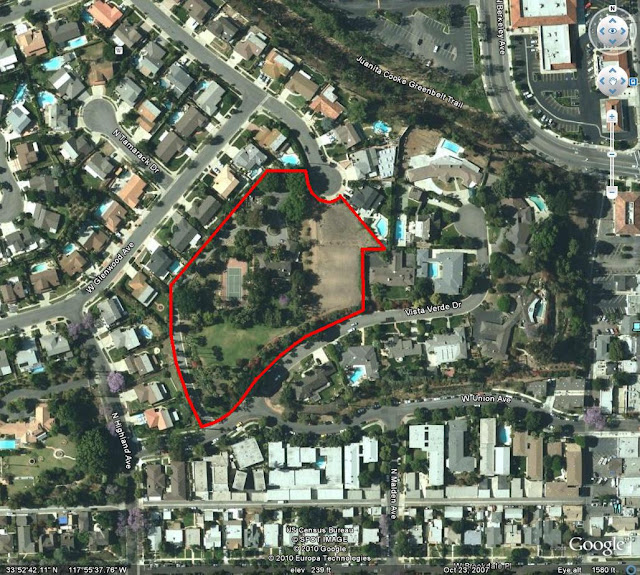 The 8+ room mansion may be slightly dated from the 1950s but the age is compensated for by the 8 bathrooms!   The nearly 6,000-sqft palace was a gift to Cal State Fullerton back in 1989 from C.J. Chapman, Jr., Mary Anne Baine, Elizabeth E. Bowman.  They also gave the Cal State Fullerton Foundation $159,000 for maintenance.  Currently, this enormous public property is valued at $3,351,724 for tax assessment purposes (although the property is exempt from actually incurring property taxes).  I would guess the value to be more like $4,000,000 in a "normal" economy.  The secluded compound is an excellent destination for Fullerton residents and tourists alike to visit although there is no formal docent to guide you.
The real kicker is that the Chapman's stipulated in an agreement with the State that we, the taxpayers, have to house the university president there and maintain the houses and property.  Notice that I said "houses"?  That's because there is also a guest house on the property to house the president's assistant.  Nice perk for being an assistant to a university president.

It would have been nice if the Chapman's would have sold the property out-right and used the proceeds for a scholarship endowment.  The money would go to those who need it the most.  Milton A. Gordon is among the highest paid public employees earning $302,042 according to the Sacramento Bee (http://www.sacbee.com/statepayresults/index.html)!  I guess it's hard to afford a Fullerton home on $302,042 per year.
The Chapman family has given and given and given to Orange County residents in one way or another, for many years.  We have all benefitted from them in several ways.  Every time I have someone from out of town visit me at my college, I have to specify "Chapman Avenue in ORANGE, NOT FULLERTON."  Then when I have out-of-towners visit mom, I have to specify, "Chapman Avenue in FULLERTON, NOT ORANGE."  They still get it wrong...  In 1954 the Chapman's were nice enough to build that nice university bearing their name where your son or daughter can attend for $18,750 per semester.
Here is an interesting fact: Milton A. Gordon was named CSU Fullerton president in August, 1990 (http://www.fullerton.edu/catalog/about_the_university/csuf.asp#9). So it seems that the Chapman's and Gordon timed it just right to get the El Dorado Ranch in the hands of Gordon.  Gordon being a mathematician could do the math and see the sweet deal, leading me to wonder what more there might be to this back story.  For Gordon, it's still good to be king!
by Greg Sebourn on Tuesday, April 06, 2010 No comments:

Without a doubt, Jaramillo and Carona threw Hunt under the bus...or at least tried. 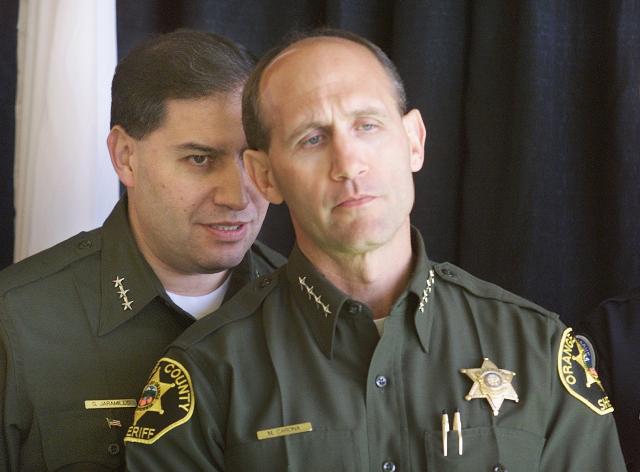 After 5 long years and leaks of what appeared to be damning allocations against Bill Hunt, the Attorney General's report has been released (or at least leaked in its entirety). Unfortunately, the OCSD under Hutchens nor the AG 's office would do it. It took the courage of Friends For Fullerton's Future, Travis Kiger, to have the guts to share this with the voters and tax payers of Orange County.  R. Scott Moxley at OC Weekly re-reports on it and tells us a little more about his own investigative work.
First let's note the purpose of the report: to conduct an inquiry and evaluation of the investigation; identify areas for policy development that could lessen the possibility of a reoccurrence.