A new year brings new things. Liberty Speaks has a new home, time, and day!  Liberty Speaks can now be heard on KABC 790 on Saturday nights at 5:00 PM.
Liberty Speaks exists to "Proclaim liberty throughout all the land..." and to help bring our country back to the constitutional liberties our founding fathers intended for all of us.
I am excited about the opportunity to grow our listening audience on KABC Talk Radio 790, directly following Larry Elder's new program Larry and the Law.  This week we will have three outstanding guests, Andrew Brietbart, Robert Davi, and Stephen K. Bannon.
Join me at our new time and place 790 AM on the dial for "Liberty Speaks!"

From the "And You Thought You Had it Bad" File

The Associated Press has an article on CBSNews.com that may give local elected leaders some comfort. 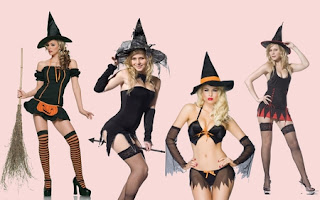 It seems we're not the only ones mad about higher taxes.  The witches of Romania are ticked off too about being taxed for their crafty work and are waging a spiritual war with Romania's leadership.


And President Traian Basescu isn't laughing it off. In a country where superstition is mainstream, the president and his aides wear purple on Thursdays, allegedly to ward off evil spirits.

Maybe we could hire some Romanian witches.  Maybe they could concoct a little potion to combat the spending addiction that City leaders seem to have with breaking out the taxpayers' credit card (bonds) to pay for artificial housing needs.

Or perhaps we could just agree to elect leaders who know how to cut waste!
by Greg Sebourn on Wednesday, January 05, 2011 1 comment:

Big Sisters Are In the News

I am so incredibly proud of my sister, Lisa Boyajian, who was  named Business Citizen of the Year.  Congratulations!!!

(From the Whittier Daily News)

Boyajian named Business Citizen of the Year in Santa Fe Springs
By Stacey Wang, Staff Writer
SANTA FE SPRINGS - Lisa Boyajian may not live in the city, but the community can be sure her volunteering heart belongs there.

The Fullerton resident is the 2010 Business Citizen of the Year for her years of service to the Santa Fe Springs Chamber of Commerce.

"She's an amazing person in all the things that she does. She's always thinking of other people," said Angela Gambino, Boyajian's sister and business partner at Ansa Insurance Services in Fullerton.

In Santa Fe Springs, the 51-year-old Boyajian has been on the chamber board since 2004 in which she has chaired most of the more labor-intensive committees as well as served as executive team vice president for the last four years.

"Right from the very beginning she wasn't an average member, right away she got involved," chamber CEO Kathie Fink said. "Her business isn't actually in Santa Fe Springs physically, but a lot of her clients are and that's how she got involved in the chamber."

Boyajian's current focuses in the chamber include chairing the Destiny Scholarship and Powell Grant Committee for the Youth Enrichment Fund and the legislative committee, which allowed her to go to Sacramento on behalf of her clients to discuss health care reform and insurance legislation.

"She's one of those that gives of her time, her talents and also financially. She's been very supportive of most of the chamber programs," Fink said.

And although the award was given to Boyajian in November, she insists the honor also belongs to her younger sister, 41-year-old Gambino of Fullerton.
"She's the behind-the-scenes while I'm out there in the community," Boyajian said. "It kind of became our passion to help people. We were always on the same playing field."

The pair volunteer within the local communities of Santa Fe Springs, Brea and Fullerton in different capacities - Boyajian closely with the Santa Fe Springs chamber and Gambino moreso with her children's schools and Cub Scouts.

However, both often find themselves helping each other out wherever necessary.

"We each try to help one another with our interests," Gambino said. "We both cross over and do whatever is needed."

Boyajian's latest project will be co-chairing the Santa Fe Springs Relay For Life in 2011-12 with Paul Hesse.

The chairwoman assures her sister, Gambino, will be very involved in helping to make the event a success, Boyajian said.

"Relay For Life is really about survivors and living with their cancer. It's very exciting to be a part of that," Boyajian added. "I think it's really important that we continue funding all the research we can for cancer because it is making a difference."