A friend emailed this to me.  It is a very interesting anaylsis that just might make you think a little more about branding.
by Greg Sebourn on Wednesday, November 04, 2009 No comments:

Hey, Can I Call You Back? 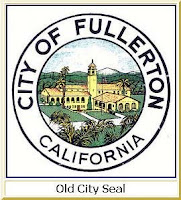 The Fullerton City Council took up the issue of cell phone and communication devices being used by staff and officials during council, commission, and Redevelopment Agency meetings. The issue was brought up by Councilwoman Keller who had a problem with someone (unknown if it was another council member or staffer) who refused to stop texting during official hearings.

Keller brought up a very good point: All of the messages received or sent during the meeting could be made public since they occurred during an official meeting. Let's imagine what some of those messages might say and play a game of Who Said It!

"I'm going to be late. They keep going on and on about the Fox Fullerton, the parks, and money... So boring!"

"Wire the money to my off-shore account...You remember the number?"

"Get a load of that babbling oaf!"

"After I recues myself, I'll text you what I think."

I'll let you come up with some of your own and post them!

Bottom line is that it did not pass. The general consensus was that people need to be able to text their kids and spouses during the meetings. Personally, I would like to have seen it go through. Better luck next time!