Christina Cortez, has been asking tough questions about Montebello's finances and doesn't like the answers. Meanwhile, some of those around her don't much like the questions.

Christina Cortez was once Miss Montebello. But the city won't be naming her Most Popular anytime soon.

Now 38, a mother of two and a telephone company sales manager, Cortez is making a lot of enemies in her hometown. She's on the Montebello City Council now, and often on the losing end of 4-1 votes as the city spirals down a financial rabbit hole.

She freely admits to making a pest of herself on the council dais, mostly by demanding answers to questions that don't have easy answers. She further annoys by adding up the numbers on the city's budgetary spreadsheets — and pointing out when the math is all wrong.

Two high-ranking officials at the Orange County Employees Retirement Agency have been placed on paid leave in connection with a $228 million mistake that has resulted in multi-million dollar pension catch-up bills for agencies countywide.

In particular,  the Orange County Fire Authority has been handed a catch-up bill of $76 million – the amount of contributions that went uncollected for eight years for “special pay” stipends for paramedics, EMT’s, and others  with specialized jobs.

“To get a bill like that was devastating,” said Joe Kerr, president of the 800-member Orange County Professional Firefighters. “How could this oversight have gone on for some many years?”

OCERS has agreed to let the firefighters pay the bill over a 25-year period, at $4.5 million a year, beginning in July, said Lori Zeller, OCFA assistant chief of business services.

That is $76,000,000 of principal that will not accrue the interest that it would have had the money been collected correctly.  Now taxpayers have to backfill this screw up and make up the difference NOW.  We don't get 25 years to pay it off because many of the pensioners have retired and nearly ALL of those currently on the job will have retired by the time we are done paying the bill to cover lost interest.  No wonder OCFA was looking like a bargain to so many cities seeking to contract fire services to them: OCFA wasn't paying their bills!
by Greg Sebourn on Thursday, February 24, 2011 No comments:

The commission's executive director, Roman Porter, confirmed Wednesday that Ackerman was under investigation, but declined to discuss the case, as did Ackerman.

"I am aware of the State Lobbying law and I complied with it regarding the OC Fair," Ackerman wrote in an email. "As a requirement of the State Bar Rules regarding the attorney client privilege I am not allowed to make specific comments on client matters."

State law prohibits lawmakers from lobbying their former colleagues for a year after leaving office.

Background:  For decades many public agencies have been lukewarm when it comes to salvaging, saving, protecting, and perpetuating survey monuments.  In Orange County California there is a push to use the threat of litigation as a mechanism to compel municipalities to address their respective survey monument preservation plan beyond the failed, "we stipulate it in the contract" that many public works directors like to point to. 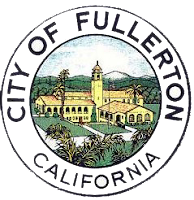 Fullerton officials would be wise to read the summation by OC Register reporter Jeff Overley.

"Regardless of whether a town has its own police department, there appeared to be a significant link between the rate of claims and a city's age, with older towns facing more legal issues, possibly from well-worn infrastructure. Coastal cities and towns with a higher median age for residents also faced a larger rate of claims." - Jeff Overley, Orange County register Staff Reporter

Fullerton is 107 years old this year and her infrastructure closely resembles her age.  Its time to get our priorities straight and fix our city.

by Greg Sebourn on Wednesday, February 23, 2011 No comments:

Cutting $100 million from the Federal Budget

by Greg Sebourn on Wednesday, February 23, 2011 No comments:

Michael Fidelis, a bail bond agent and owner of Fastrack Bail Bonds in Fullerton, first brought this story to my attention via his blog at http://www.callforbail.com/blog/.  The character at the center of the story is Ronald Lee Brockway, a bail bond agent with Respect Bail Bonds.  Brockway gave up the goods on Joseph Cavallo.  You might remember Cavallo from the Gregory Haidl rape case and that then-sheriff Mike Carona helped to cover it up.  The rape case was the beginning of the end of Carona, now a federally convicted felon serving time in Colorado for witness tampering.  The witness was Don Haidl, Greg Haidl's father.  Don Haidl was also the Assistant Sheriff, Carona's goto guy.  Carona, Cavallo, Haidl, and Brockway all had "there thing".  Anyway, Michael Fidelis tells us about Brockman through the eyes of a bail bonds agent.


In a recent blog post called, “Bail Bonds – You Get What You Pay For”, we mentioned the serious problems the commercial bail industry is facing due to unethical and scrupulous bail bond agents. Just yesterday, the Superior Court of Orange County sentenced Ronald Lee Brockway of Respect Bail Bonds in an illegal referral scheme. Mr. Brockway was sentenced to a year in jail, fines, probation, and a six month suspension of his bail license.

Unfortunately, this is nothing new to Mr. Brockway. He avoided prosecution in 2005 in exchange for testimony before the Orange County Grand Jury, which helped put away Joseph Cavallo, an attorney. In his testimony, he claims to have received cash monies from the criminal defense attorney in exchange for referring clients.

California Code of Regulations- Title 10, Article 2, defines bail transactions as they pertain to a licensed bail agent in the State of California. Section 2071 prohibits directly or indirectly referring / suggesting an attorney to an arrestee for representation. Furthermore, section 2074 prohibits solicitation for bail to any person on the premises of any jail, prison, court, detention facility, and connections to administrations of justice.

Mr. Brockway didn’t take the previous “run in with the law” as a warning, but continued his illegal bail bond operations. In fact, he posted his own $50,000.00 bail bond back in July of 2010! It is my assumption that he had a total disregard for the law, which finally led to his arrest and conviction. The truth of the matter is, he will serve only part of his sentence just in time for the reinstatement of his bail agent’s license, an ill decision made in part of the California Insurance Commissioner.
by Greg Sebourn on Wednesday, February 23, 2011 No comments:

As my friend Travis Kiger has pointed out on the Friends for Fullerton's Future blog, it appears that the "Fig Tree Lady" is being unfairly singled out by Fullerton officials for a non-existent problem.
Below are some pictures showing how the Community Preservation officials distort circumstances and make a case where none should be made.
Often, the City of Fullerton is the worst violator, holding the public to a much higher standard than it does of its own property.
﻿ ﻿
﻿
﻿﻿ ﻿﻿﻿
﻿If you think that the on-call contract city attorney is wasting taxpayers’ dollars and if you think that the city selectively enforces the municipal code to harass certain people, join the club.   Selective enforcement that wastes very scarce tax dollars on enforcing poorly conceived policies undermines and destroys the fabric of our community.  Unlike its name implies, Community Preservation is damaging our city when enforcement officers pick and choose what they want to enforce and to whom they persecute.  This case smells of abuse and harassment under color of authority.
by Greg Sebourn on Monday, February 21, 2011 2 comments: