Solar Powered Library, Do the Savings Add Up? 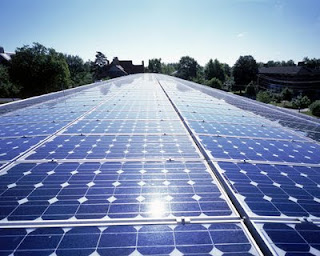 Does the end justify the means?
We can apply that question to so many various topics but I would like to see how the Library’s new photo voltaic system (solar panel array) holds up to the scrutiny.
The system is costing taxpayers $676,100to purchase and install and will take 45-70 years to break even if the savings pencil out to $10,000 to $15,000 per year as suggested by city engineering staff.  The problem is that the warranty is only good for 25 years leaving taxpayers exposed for an addition 20 to 45 years!
The cost does not include routine maintenance to clean the panels which is necessary to maintain efficient production of electricity.
In the end, we will spend much more replacing outdated panels and repairing antiquated technology than we will save by using these panels.  I’m all for sensible environmental policies but this policy just isn't sensible, it’s downright wasteful.
Shouldn't we be seeking to SAVE taxpayers money rather than subsidize the solar industry?
So, does the end justify the means?
Something else I have often wondered but never researched is how much greenhouse gas will be produced manufacturing these panels and will that pollution reach 100% mitigation by using these panels for 25 years?
by Greg Sebourn on Thursday, August 25, 2011 No comments: 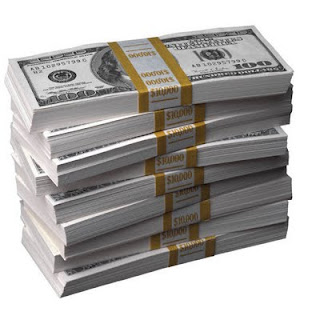 In its simplest form, deferred compensation is a benefit paid after services are rendered.

It’s an interesting concept; paying someone today for services performed and then paying them again at some later date for those same services already rendered.
With that in mind, let’s look at what we might pay one of our public safety employees who retires at age 50 with 30 years of service and the “3%@50” defined benefit.  We’ll call her “Sara”.
For the sake of discussion, Sara will die of old age on her 85th birthday which means she will receive her pension for 35 years.
If Sara was paid $124,730 for her last year’s employment, she will receive $112,500 for those 35 retired years.
Her pension check alone will cost taxpayers $3,937,500 after she has stopped rendering services to the City assuming she does not get cost of living adjustments which our current public safety retirees enjoy.  We have also excluded the lifetime medical benefit as well.
When she dies at 85 she will have received $6,695,940 for her 30 years of service (not including medical or pension COLA).
That would be the same as if taxpayers had paid her $223,198 for each of her 30 years of service.  Of course she started at $65,000 per year and never received a stepped increase in pay, only cost of living adjustments valued at 6% her first year and 2% for most years after and still was able to earn $124,730.  Not bad for no promotions.
The entire notion of deferred compensation has me convinced we are handling pensions completely wrong.
I see two possible ways to deal with this.  We could pay higher salaries now and let the employees figure out the best investment plan for their future (think 401-K) or workers will need to be productive for 40-50 years instead of 30 years.
by Greg Sebourn on Tuesday, August 23, 2011 No comments:

Cal State Fullerton Proves Once Again They Know How to Waste Millions!

﻿
﻿ FULLERTON - The Orange County Register is reporting that Cal State Fullerton has spent $143-million to add student housing and a cafeteria for 1064 additional students.  That figure does not include the cost to float the initial $143-million bond which could cost students and taxpayers $250-million.  That works out to about $235,000 for each bed or $470,000 for a small bedroom with no kitchen.   Students need the housing but the cost seems too high.

This is the epitome of big government waste but its nothing new to CSUF who pays their president, Milton A. Gordon, $294,615 (not including benefits and perks).  Gordon lives in a donated mansion on a sprawling estate in the Fullerton hills.  Living rent free, he still commands a massive salary while students and taxpayers get stuck with the bill.

CSUF, like other universities, allows faculty top enter an early retirement program.  The program allows full-time faculty to retire early and continue to work part-time.  It sounds good on paper but the practice means we, the taxpayers, are paying extra for less.  The retiree also immediately qualifies for FREE parking while other part-time employees must pay to park their car at their work.

The long list of CSUF wasteful spending continues to grow as does the cost of tuition.  If CSUF students and their families want to lower tuition, they need to hold the CSUF administration responsible.
by Greg Sebourn on Monday, August 22, 2011 No comments: