LightSquared not such a bright idea

Written by Coalition to Save Our GPS
Thursday, 27 October 2011
Misstatements hide $10 billion spectrum windfall at expense of taxpayers; LightSquared shirks its responsibility for the billions its plans would cost governments and consumers 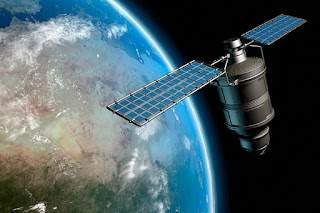 Summary: LightSquared repeatedly misstates and rewrites history in order to try to push through its ill-conceived plan to repurpose mobile satellite spectrum (MSS) to build a nationwide terrestrial network. It’s using legal double speak to hide a $10 billion spectrum windfall  – money that should be going to taxpayers. And, it’s offering up just a pittance towards the billions it would cost federal, state and local governments, as well as consumers, if its plans are allowed to go forward.
LightSquared’s Attempts to Rewrite History: LightSquared has time and again repeated its self-serving claim that it has been authorized for years to build its recently proposed nationwide terrestrial network, and that this alleged prior authorization shifts the burden of avoiding interference to GPS manufacturers and users.  One of many examples is this August 2011, LightSquared statement:

“The public record shows that the Commission first approved rules allowing terrestrial operations in the L-band in 2003. LightSquared received its authorization to conduct terrestrial operations in 2004. LightSquared has had the legal right to build the network it is building today – with the same number of towers and power levels – since 2005. The interference at issue today arises because of sensitivity of GPS receivers to LightSquared’s base stations, operating at the power level authorized in 2005.”

LightSquared’s assertion is flat out wrong. It completely ignores clear statements in prior FCC decisions and rules. In fact:
What LightSquared is really trying to do here is rewrite history so that it receives a massive increase in the value of its spectrum over what it paid for it and shift the costs of eliminating interference to GPS users, including federal, state and local governments, and GPS manufacturers.
The Real FCC History and Facts:
Massive Spectrum Giveaway: There are many motivations for LightSquared to seek to rewrite history. One of the less obvious reasons is that if its rewrite of history is accepted as fact and its plans go forward, LightSquared would receive a massive $10 billion increase in the value of its spectrum.
Drain on Treasury: The massive replacement costs for federal government GPS equipment and systems that would be caused by LightSquared’s plans would create a major drain on the U.S. Treasury.  LightSquared is shirking its financial responsibilities, relying on its bogus claim of “legal rights” to terrestrial use to argue that GPS users and manufacturers should pay the bill for eliminating interference. 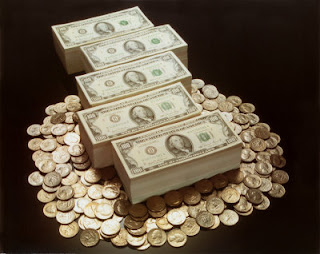 Massive Federal Government Costs: The costs of replacing GPS in federal government uses could be in the range of $245 billion if LightSquared’s plans go forward, a sampling of department and agency impact assessments shows. And that figure does not include any estimates from heavy government users of GPS such as the Departments of Homeland Security, Agriculture and Energy.
The documents paint a vivid picture of how widespread and engrained the use of GPS, particularly high-precision GPS, is in the federal government and lends insight into the massive nature of the potential costs and disruptions of critical federal government services.  Excerpts of the impact assessments and testimony about the cost of replacing GPS devices and infrastructure in the federal government are available at the Coalition’s website here.
Bottom Line:  All in all, LightSquared’s proposal represents a new low in financial engineering at the expense of the taxpayer.  Never before has a single company tried to gain so much from our national spectrum resources and pay so little for the collateral damage caused by its plans.
--------------------------------------------------------------------------------
[i]         Flexibility for Delivery of Communications by Mobile Satellite Service Providers in the 2 GHz Band, the L-Band, and the 1.6/2.4 GHz Bands; Review of the Spectrum Sharing Plan Among Non-Geostationary Satellite Orbit Mobile Satellite Service Systems in the 1.6/2.4 GHz Bands, Report and Order and Notice of Proposed Rulemaking, 18 FCC Rcd 1962, ¶1 (2003).
[ii]        Flexibility for Delivery of Communications by Mobile Satellite Service Providers in the 2 GHz Band, the L-Band, and the 1.6/2.4 GHz Bands, Memorandum Opinion and Order and Second Order on Reconsideration, 20 FCC Rcd 4616, ¶ 70 (2005).
[iii]       National Broadband Plan, Recommendation 5.8.4., p. 87.
[iv]       Letter from Strickling, NTIA, to FCC Chairman Julius Genachowski, January 12, 2011, at 1.
[v]        Section 25.255 of the Commission’s rules states that: “[i]f harmful interference is caused to other services by ancillary MSS ATC operations, either from ATC base stations or mobile terminals, the MSS ATC operator must resolve any such interference.”
[vi]       Brattle Group Report, June 22, 2011, pp. 1 n. 2, 8-9.
[vii]      Letter from Trimble Navigation Limited to Strategic Forces Subcommittee, House Armed Services Committee, October 6, 2011, p. 13, fn 38.
by Greg Sebourn on Saturday, October 29, 2011 No comments:

I'm not sold on the idea of outsourcing Fullerton's police services to a private company but we do need to look at all of our options.

The same three Fullerton City Council Members who are being recalled voted on August 16, 2011 to give a multi-million-dollar contract to St. Anton Partners for an "affordable housing" project in Downtown Fullerton.  Why does any of this matter?  St. Anton Partners' legal representation for this specific project is none other than the same employer for long-time Irvine resident and former Fullerton Mayor Dick Ackerman, Nossaman LLP. 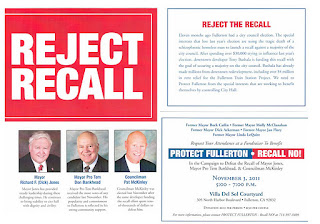 Dick Ackerman is also spearheading "Protect Fullerton - Recall No" on behalf of those same council members who just voted for his client's big ($9.5-million) contract.  (see image at left)

Any one who thought Mayor Jones, Mayor Pro Tem Bankhead, and Council Member McKinley were going to live up to their "transparent and open government" platform are sorely mistaken.

Jones, Bankhead, and McKinley have nothing to offer Fullerton but more law suits, failed policies, and a legacy of corruption.
﻿
by Greg Sebourn on Wednesday, October 26, 2011 2 comments: 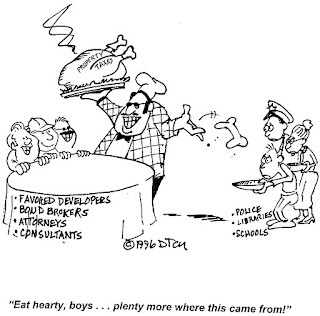 A Bloomberg Businessweek article on Stockton (CA) Redevelopment's possible default should have many of Fullerton's Redevelopment Agency supporters biting their nails.

Stockton declared a fiscal emergency in May and is now warning that the RDA may default on a 2006 bond obligation with the debt service outpacing revenue to the tune of $858,000.

Fullerton has several outstanding redevelopment bond obligations.  In July 2010 the Fullerton RDA announced spending $22.7-million for low-income housing and then in October 2010 the RDA passed a $29-million bond which is expected to cost taxpayers $45.5-million of the following 16 years.

Putting these figures in perspective, the Fullerton RDA receives about $17-million per year to cover all of the agency's debts and project development.

And we cannot forget yet another expense incurred by Fullerton's RDA, something I call the "Brown Taxes" after our own Governor Brown.  Sacramento's ABX1-26 & 27 is aimed at recovering tax revenue from redevelopment agencies, Fullerton's RDA paid out $6.26-million in Brown Taxes.

This is the same redevelopment agency which planned to spend $6-million to move a McDonald's 200 feet!

With several bond obligations, Brown Taxes, slumping property tax increment revenue, poor direction, and pending litigation, the Fullerton Redevelopment Agency would be doing us all a favor if they just closed their doors for good.
by Greg Sebourn on Tuesday, October 25, 2011 No comments: