One Teacher Can See the Light

The other day I spoke with a person from North Orange County who felt compelled to share some of their personal philosophy with me on public employee unions, fat pensions, and job security. The person, we’ll call them Jo, gave me some information I would like to share with you.
Jo opted out of the California Teachers Association (CTA) when she was hired by the local school district. She decided it was worth the payroll deduction to opt out rather than feed the union beast. You see, Jo isn’t your typical CTA dues-paying teacher; she is that inspirational teacher who lives to stimulate you minds. 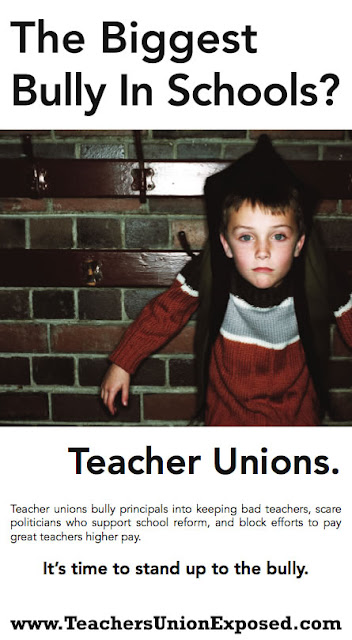 Jo said she couldn’t believe just how bad some teachers really were and how the union protects them from being held accountable. When Jo first earned her teaching credential she was a substitute for several districts. One of those had a teacher who would call in sick at least once a month. Jo would regularly show up to sub only to find that there was no lesson plan or activities planned by the teacher. Jo finally refused to take the calls from this flaky teacher. A couple of years later, Jo read that the flaky teacher who was always being reprimanded was elected as the local teacher’s union president. Fitting, isn’t it?

Jo recounted for me several instances of lazy and incompetent teachers being shuffled around to various assignments and protected by the union rather than being fired. She has told district officials that she earns too much money when considering she has, in her opinion, the best job ever. That’s the spirit of a good teacher who isn’t just simply riding the gravy train of public education. 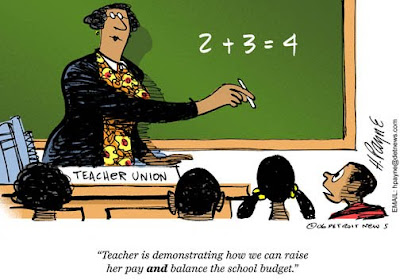 Jo’s story is a matter of supply and demand. Here is a quality teacher inspiring children everyday to learn and grow while her peers are stagnant and hardly effective as educators. Every time there is an opening for a teacher, the district receives hundred of inquiries, resumes, and applications – for a single opening! The supply of teachers exceeds the demands of the school. When this occurs, the parties must reevaluate their respective values. Teachers should have more to offer (not necessarily advanced degrees) and schools should have less to offer (not necessarily lower salaries). This creates an equitable balance between the two parties so that the school gets the absolute best at a reasonable price. These basic principles are applicable to every job field, including providing professional land surveying services.

The economic disaster taxpayers have stepped in will soon force public employee unions to reconsider their position. The employees do not dictate who runs an agency or how it is run, although they certainly would like us to think they do. We, the People, run agencies by electing officials, who will be held accountable this November.

The apparent ineffectual leadership of our public agencies can be corrected November 2, 2010 by choosing candidates who hold the public’s trust paramount to the interests of the employees. But I have my doubts. There were several candidates who should have been tossed out with the primary election but weren’t. It seems common sense has succumbed to name recognition. 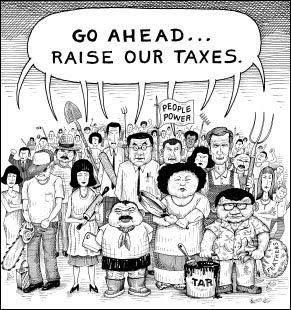 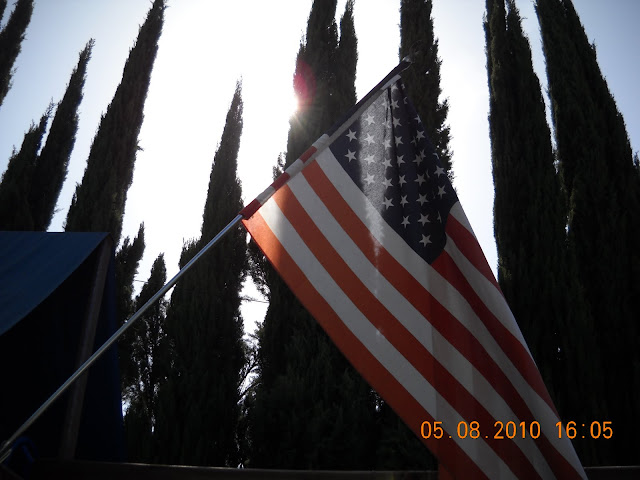 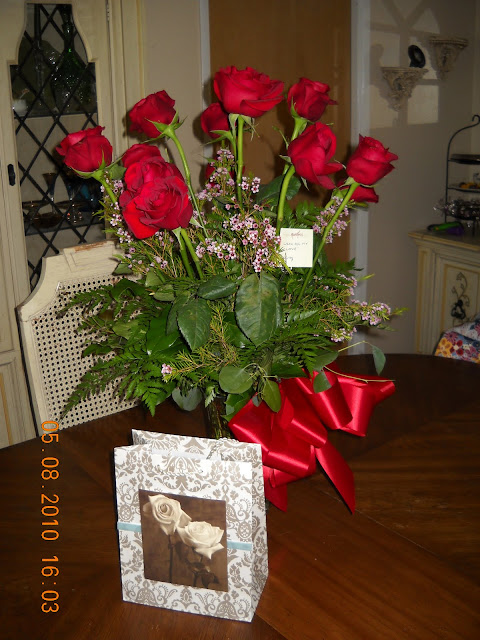 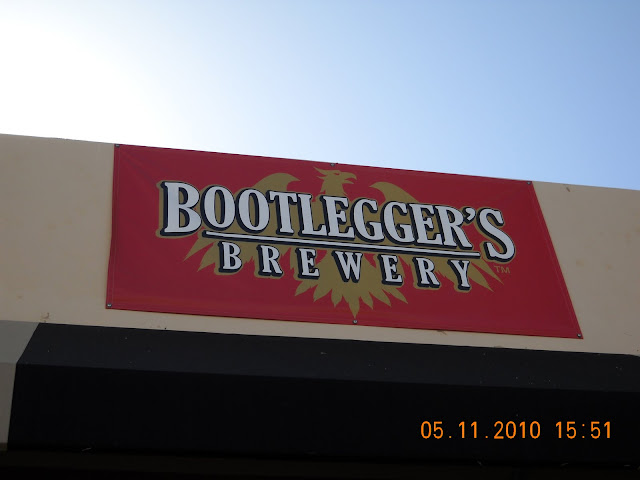 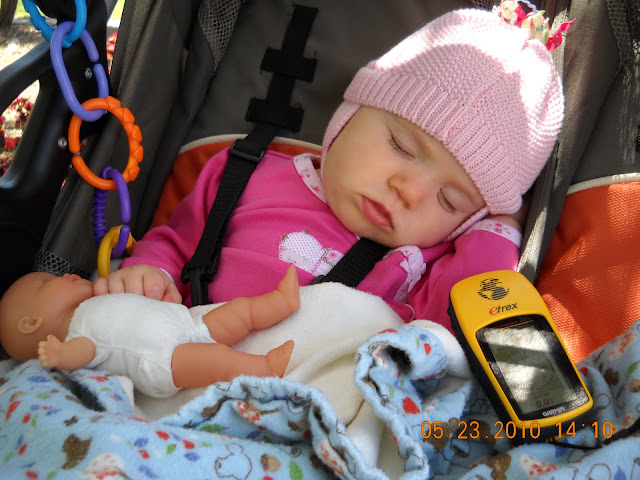 A much needed nap after a fun day of geocaching in Fullerton.
by Greg Sebourn on Thursday, June 10, 2010 No comments:

(Originally posted by Travis Kiger from Friends For Fullerton's Future blog)
On June 7th a few of us took a banner onto a public sidewalk along a freeway overpass in Fullerton to participate in constitutionally-protected free speech in support of Bill Hunt for Sheriff. Almost immediately, a CHP officer told us to leave or we would be ticketed and removed.

Citing the 1st amendment, we declined and held our position for nearly an hour.

Eventually backup arrived and we were threatened multiple times with arrest, although the officers would not say which law was being violated. Here is a clip of the event, which reveals several disturbing statements made by the officer.


We decided to leave after the officer began to quiver with anger and his threats of arrest became more forceful.

The officer then suggested that we were being paid and then made disparaging remarks about the candidate who we were supporting. Those statements were extremely unprofessional and suggest that the officer’s intentions may have been political in nature.

We have been informed of similar accounts of intimidation of sign-holders by the CHP at other freeway overpasses throughout Orange County on that same day.

A complaint of officer misconduct will be filed with the California Highway Patrol shortly.
by Greg Sebourn on Wednesday, June 09, 2010 3 comments: 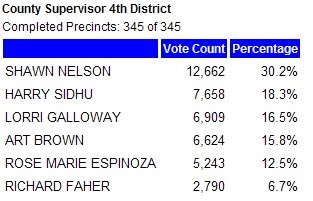 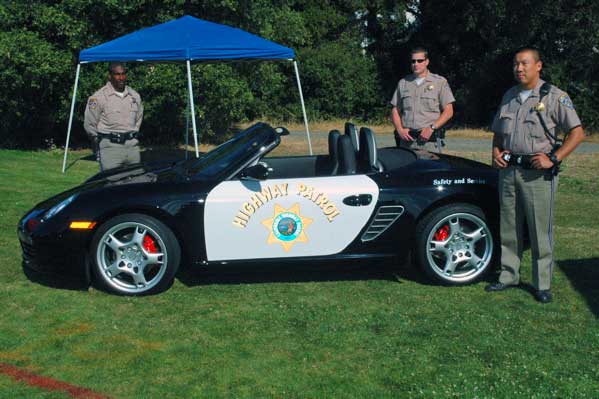 During a Bill Hunt for Sheriff rally known as Operation Overpass III, an officer from the California Highway Patrol threatened to arrest hunt supporters who were holding signs and banners on the sidewalk of the Yorba Linda Blvd./57 freeway overpass. Later, a Fullerton Police officer intervened and helped diffuse the situation. When a CHP sergeant arrived, things heated up. It would appear that holding signs on the sidewalk of a public right-of-way is somehow a violation of law. The right of the People to peaceably meet and speak freely has been trumped by the thin blue line of the CHP.
I don't know all of the details, but stay tuned for more from the Friends For Fullerton’s Future blog.
by Greg Sebourn on Tuesday, June 08, 2010 No comments: