You’re invited to…
on November 2, 2011
A Dialogue with
Fullerton City Manager
Fullerton Police Captain
Fullerton Community Development Director
And other members of your City of Fullerton team
Joe FelzDan HughesAl Zelinka
WHY?
Over the next several months, meetings will be organized to facilitate dialogues between the Fullerton community and members of its City of Fullerton team.
The purpose of this planned meeting is to have a productive dialogue between West Fullerton community members and City staff about quality of life issues and explore approaches, ideas, and solutions related to them.
WHEN?
Wednesday, November 2, 2011 – 6:00pm-8:00pm
WHERE?
Fullerton Main Library – Conference Center
353 W. Commonwealth Ave. Fullerton, CA 92832
MORE INFORMATION…

Fullerton at 714-738-3347 or alz@ci.fullerton.ca.us
﻿
For more information, please contact Al Zelinka, Community Development Director for the City of
FOCUS ON WEST FULLERTON
by Greg Sebourn on Friday, October 21, 2011 No comments:

Councilwoman Speaks Out Against Fellow Republican for Sex Assault Remarks

FULLERTON - Villa Park Councilwoman Deborah Pauly spoke to KFI's John & Ken Show at yesterdays Fullerton Recall rally to condemn the October 17th remarks of fellow Republican Pat McKinley.
﻿
﻿ ﻿ ﻿ McKinley is the recently retired chief of Fullerton's police department and is currently a Fullerton City Council Member who is the target of a massive recall effort.
Monday, McKinley spoke to a group of women about personal protection against predators.
An unidentified woman asked the former chief and author of She-Bear how women could protect themselves from police officers like the recently fired Albert Rincon.
Rincon is alleged to have sexually assaulted more than half a dozen woman after falsely arresting and kidnapping them.  The City recently settled to give at least two victims $350,000 to drop their federal civil rights law suit.
McKinley, speaking of Rincon's victims, told the women in the audience that "Those ladies [Rincon's victims] weren't like..." sweeping his arm across the audience, "...like this [the ladies of the Brea Soroptimist Club]."
McKinley's words were repeated by Councilwoman Pauly on the John & Ken Show.  Pauly takes issue with McKinley's dismissal that it is not a big deal if certain woman are groped, assaulted, falsely arrested, and kidnapped by police officers.
McKinley can be heard saying on this video that "it wasn't a sexual assault. It was inappropriate touching. It's not a good thing but it aint a dangerous thing."
These words have sparked public outrage at the gross insensitivity of the former chief who hired the now fired Rincon.
Pauly's words on the John & Ken Show even inspired Christine Walker, a Democrat and member of Kelly's Army, to join the Republican Party.  When asked why she was joining the GOP, she looked at Pauly and said, "By what you said today, it moved me and I appreciate what you have done for us [women].  Without people like you, we are nothing and I'm registering today to help support you."
by Greg Sebourn on Thursday, October 20, 2011 No comments:


OCTOBER 17, 2011 – Orange County, Calif.
In a surprise announcement at the regular meeting of the Central Committee, Republican Party of Orange County, Deborah Pauly declared her candidacy for the Board of Supervisors, 3rd District.

“Chuck DeVore’s email last Friday that he was moving out-of-state left a big hole in this race,” said Pauly. “The voters in the 3rd District deserve to see a true limited government, fiscal conservative on the ballot. Chuck was a man of principle and integrity, who could not be bought. He could always be counted on to do the right thing by the taxpayers he represented.

“I was very sad to see him leave the Board of Supervisors race because he best represents the way I think,” said Pauly. “I intend to fill the void that he left.”

The Honorable Deborah Pauly is serving her second term as Councilwoman for the City of Villa Park. In a Tea Party upset of entrenched party leaders this past January, she was elected by her peers to serve as 1st Vice Chair of the Republican Party of Orange County.

As a licensed professional land surveyor, I have an acute awareness of our infrastructure.  Our roads and utilities are aging and no one wants to deal with it. 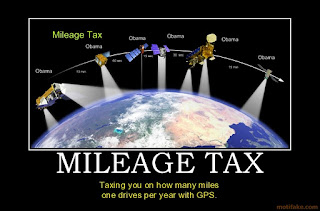 President Obama thinks infrastructure maintenance and construction jobs are the answer to our economy even though they are all temporary employment.
Some of my engineering counterparts like the idea of big federal expenditures on our infrastructure and the lucrative contract to be gained.  Indeed, I too could benefit from a Big Dig.
One of the ideas being promoted by my engineering colleagues is the Vehicle-Miles-Traveled Fee or mileage tax as I prefer to call it.
There is a notion in the engineering community that the current gas tax just isn't sufficient for keeping up with the wear and tear on our roads because of mileage efficient vehicles and that a usage-based tax is more appropriate.
How quickly we have forgotten one of the principle reasons for implementing the gas tax: to encourage use of public transportation systems.
Additionally, we have forgotten what we used to do before the gas tax.  Not that long ago, we relied on the general fund to pay for roads. 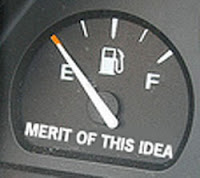 President Obama’s National Commission on Fiscal Responsibility and Reform recommended a gas tax increase at the federal level last December when it issued its report to America.  The financial "experts" who came up with this recommendation made this argument: The current transportation trust fund is falling behind the government’s outlays, once again requiring transfers from the general fund to cover transportation costs. The commission called for additional gas tax revenues to be dedicated to fully funding the transportation trust funds and therefore eliminating the need for dipping in further to general fund.  The gas tax has freed up funds making it possible for the President and Congress to funding pet projects like wars.
It could be argued that the best way to prevent unnecessary military conflicts might be to end all of the various special taxes and fees so that Congress must fund domestic  programs ahead of foreign military campaigns with obscure objectives.
A quick internet search of "gas tax" brings up numerous blogs, PR pieces, and reports about why we need a higher gas tax.
According to http://www.gaspricewatch.com/usgastaxes.asp California's gas tax is $0.18 per gallon.  Other California gas taxes include a 6% state sales tax and 1.25% county, plus additional local sales taxes and 1.2 cents per gallon state under-ground storage tank (UST) fee.


So, as the gas tax is not quite keeping up with the needed infrastructure repairs, many are looking for the quick fix solution in rate hikes for everything from water, gas, roads, and even emergency services in some jurisdictions.  I don't think raising the gas tax will change anything.  Our same lack of fiscal discipline will soon find us looking to raise taxes elsewhere. 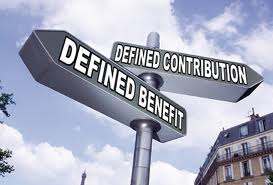 The elephant in the room being ignored are the various allocations from General Funds to cover salaries and benefits.  Locally, in Fullerton California, 80.2% of the General Fund is spent on Public Safety and 69.8% of the City's General Fund is spent paying the Public Safety salaries and benefits (City of Fullerton FY2011-2012 Adopted Budget).
The question shouldn't be which tax or fee to raise but rather where to cut spending.
by Greg Sebourn on Tuesday, October 18, 2011 No comments: 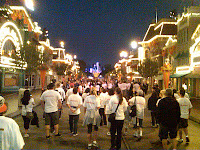 Sunday I joined 13,000 people at Disneyland to raise money for Children's Hospital of Orange County (CHOC).  Our team, St. Angela Merici School or Team SAM, had 175 walkers who collectively raised more than $7,500.
As of Monday morning, the CHOC Walk website was reporting that $1,331,519 was raised and, after seeing my son's medical bills from his visit at CHOC last year, I know they need a whole lot more than what was raised! 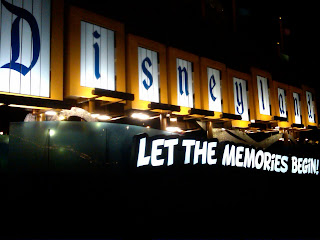 As the holidays approach I hope you will think about all of the children and their families at CHOC who are relying on medical and scientific breakthroughs to deliver miracles.  I hope you will pray for all of them and make a donation to CHOC.
by Greg Sebourn on Monday, October 17, 2011 No comments: