Acting Chief of Police Dan Hughes spoke with Tracy Woods at the Voice of OC and explained some of the behind the scenes events that were happening Julyu 5th, 2010.


As he was driving from his home to the station that night, he called the leaders of the department's internal affairs and major crimes units to let them know something had happened.

"I told them, 'You need to be handling this as if it is an officer-involved shooting,' " he said. He also told them to call the district attorney's office so they could send out investigators.

Then he talked to the police department's public information officer, Andrew Goodrich, notified the captain in charge of investigations, telling him to get investigators to work immediately. He told them also to call the DA's office, and finally he called Chief Sellers.

Read the entire story HERE...
by Greg Sebourn on Wednesday, January 11, 2012 No comments: 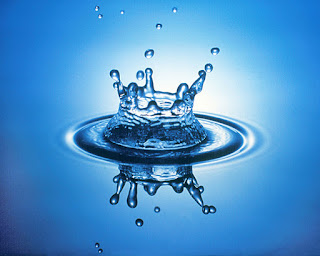 First, thank you to everyone who attended the study session.  I listened carefully to the ideas, opinions, and concerns of everyone who spoke and have taken those comments to heart.
The information that was presented, although helpful, raised more questions than it answered.
Bearing the Cost for MWD
Among these, why does the City charge some entities (AT&T, Time Warner, Gas Company, etc.) but not others like MWD to use the City's right-of-way for pipelines?  The answer from Mr. Schickling, the Water System Manager, is that MWD is a water wholesaler and not a retailer.  The argument used by the City thus far to explain why an "in-lieu-of property tax" fee is charged to the City's Water Fund is that other utilities pay the City to place utilities in the right-of-way and that the Water System is just like the other utilities which burden the City.  That argument, however, is not applied to the Metropolitan Water District which has miles of pipelines under Fullerton roadways.  There are other utilities with lines buried in Fullerton's streets which the City doesn't receive a dime for as well.
Taxation Without Representation
Another major problem with the franchise fee or "in-lieu tax" is that Resolution 5184 (see below), the 1970 resolution which raised the tax from 2% to 10%, was enacted specifically to pay for services rendered for managing the Water System by "the Finance Department of the City and of the City Administrator, City Attorney, and City Clerk".  Therefore, while the resolution says that the 10% transfer is to the General Fund, the resolution also earmarks what the transfer is to pay for.  Currently, 80% of this transfer goes to pay for public safety salaries and benefits- that's illegal.
Double Taxation (Without Representation)
Something that does not seem to bother anyone is that Resolution 5184 (see below) says that the 10% transfer from the Water Fund to is to be based on "gross annual water sales".  The current practice is to also include the "meter fee" (a fixed fee or tax based on the size of your water meter) as part of the "gross annual water sales".  This means you get taxed for the size of your meter and taxed again on 10% of the meter fee as well as the actual water you purchased.
That's sounds like another illegal tax for the Howard Jarvis Taxpayers Association to look into.
No Transparency, No Accountability

All this time I have avoided mentioning the proposed rate increase.  In my opinion, we cannot consider a rate increase until we can assess all of the facts and figures.  To date those facts and figures have been illusive.
Frankly, the accounting for our water system and the Water Fund has been non-existent for decades and is a complete wreck. This needs to be addressed before we can quantify, much less qualify any increases in water rates.
The water bill needs an overhaul as much as the rest of the water system. And the fees, taxes, charges must all be itemized and transparent to water rate payers.


Way back in 1968, when there were still lots of orange trees in Orange County, the city of Fullerton tacked a 2 percent charge onto folks’ water bills to cover the cost of providing that water.

In 1970, the city hiked that charge to 10 percent – and there it has remained for 41 years.
This charge is “in lieu of franchise fees” — what a private company would pay the city for the exclusive privilege of providing water — and in lieu of property taxes, which many special districts collect to help provide water service.

That 10 percent fee generated about $2.5 million for Fullerton last year — and more than $27 million since 1997, according to city figures.

TROUBLE?
“We believe the fee and revenue transfers are illegal,” says a letter from the Howard Jarvis Taxpayers Association, which arrived over the holidays in City Manager Joe Felz’s mailbox.
“If a private company provided water service to the residents of Fullerton, the City could charge the private company a negotiated franchise fee for occupying public rights of way with its pipelines,” say the Howard Jarvis folks. “That is not the case in Fullerton, however, as the City operates its own municipal water utility.  The rates the City may charge are governed by the California Constitution, which limits rates to just the amount required to provide service, and prohibits transferring rate revenue for use elsewhere.

Read the rest of the story here...

Tonight is the Water Rate Study Session at the Fullerton Public Library's Main Branch at 4:30 PM.  Arrive early and expect standing-room only.
by Greg Sebourn on Tuesday, January 10, 2012 No comments:

What would you do if a man who had been arguing with you just hours before came to your door with a gun?

According to the Orange County Register, the birdshot bad guy, Isaac Chavez, checked into Lakewood Regional Medical Center where he was promptly arrested.

Chavez, 25, was booked on suspicion of assault with a deadly weapon, making criminal threats, and violating parole.

The unidentified shooter has not been charged.

If you have any information on the shooting, contact the Fullerton Police at (714) 738-6800 and then email me at GregSebourn@yahoo.com.
by Greg Sebourn on Sunday, January 08, 2012 No comments: