MWD Holds On To Surplus Revenue

A message from MWD Director Thomas S. Babcock for the City of Fullerton:

The discussion today with a 3 hour Board of Directors board meeting (usually it has not gone over 1/2 hour). The Board majority approved the distribution of the $75M excess surplus after restoring the reserves to be distributed equally into 3 areas; repair and maintenance (PAYGO); OPEB ($575M underfunded retiree health benefits) and a water transfer fund to allow a restricted fund to purchase water as needed should MET need to purchase water to restore reserves as necessary.An alternative option to this distribution was to refund to the agencies $28M allocated on water purchases to reduce the budgeted 5% increase for 2014 to 3%. With the selection of "Option 1", this option was not considered.  However, a separate motion was made which I seconded to refund the 28% while agreeing to fund the 3 areas in Option 1.  While there were votes for this motion, it failed 75% to 25% based on the agencies assessed value weighted distribution voting. Had this passed, Fullerton would have received a refund of 2014 water purchases for approximately $150,000.It is generally believed that with the current drought condition, MET will sell more water than budgeted for in the 2014 budget and again have a surplus of funds this time next year when the 2015/2016 two year budget is considered.  With the financial reserves at their maximums, I am reasonably sure we will have this agency refund discussion again next year.Another item that was approved was a "freeze" in the ad valorem property tax rate for one year at the .0035% in an effort to stabilize the fixed portion of agency revenues. This is allowed under the Administrative code of the Metropolitan Act.  The current rate represents  a tax of approximately $10.50 for a $300,000 property. The tax would have dropped approximately $0.60 for the same $300,000 had this action not been taken and will result in a $4M increase in Metropolitan's fixed income sources.We had quite a few speakers addressing these 2 items for and against during today's meeting.  There was also a rather lively discussion among Directors.I felt these items were important enough to provide a summary in addition to my report which I will provide at the end of the month. Thomas S. BabcockDirector to the Metropolitan Water Districtfor the City of Fullerton 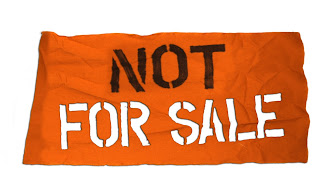 As you know, the County of Orange wants to build an emergency shelter in Fullerton. This shelter will be next door to hundreds of apartments and single family homes, an elementary school, and near a junior high school and public park – all of which are considered “sensitive uses” under Fullerton’s own municipal code ordinance you just past two weeks ago and therefore not one of the 61 locations suitable for a shelter in Fullerton.

The County purchased the property after giving notice only to Santa Ana residents – not Fullerton ones – of its intent and, since the purchase, have this City that they can open this shelter where they want with or without our consent.

The County also claims that, once they get what they want, they will institute a “good neighbor” policy with the City, which begs the question – does the County even know what a good neighbor is?

Judging by their actions, the county seems to believe that the best way to notify neighbors of a party you’re throwing is to let them hear the noise when they’re trying to sleep at 11 pm on a Tuesday.

The County seems to think that if you want to use your neighbor’s lawnmower, a good neighbor just goes up to him and says “I’m bigger than you, I’m stronger than you, I can take this anytime I want but if you give it to me I’ll let you borrow it when you need it.”

And the County seems to think that if you damage your neighbors property while trimming trees or playing baseball, a “good neighbor” simply gives a referral to a contractor to repair the damage but doesn’t pay the cost for the repair themselves.

Instead they have done the exact opposite. And keep in mind – this is how the County acts BEFORE they get what they want. As anybody who has ever entered into a bad business arrangement before can attest, nobody is ever more charming than they are when they want you to sign on the dotted line. Once that agreement is entered into the County’s bullying will only get worse.

We’ve heard the County can force us to build this shelter here and there’s nothing we can do to stop it. I still am not convinced this is the case since the County’s own escrow instructions say the sale cannot be finalized until the City changes its zoning laws to allow the shelter at this location.

But EVEN IF THE COUNTY COULD FORCE THIS DOWN ARE THROATS we are better off not signing off on it. This MJA will create additional liability for the City – if anyone gets hurt at the facility or as a result of the facility and chooses, the operators of the facility will be named as defendants. And if we sign the MJA WE will be co-operators of the facility. I don’t know about you, but I think Fullerton has already flushed more than enough money down the drain on litigation costs in the last few years. If we sign the agreement we will be responsible for a portion of the cost of operating this facility – a facility we didn’t want in this location in the first place. And if we sign the agreement we will NOT receive full credit under state law for all of the beds in this location. I keep hearing staff argue that the Multi-Jurisdictional Agreement offers some measure of cooperation with the County, but given that the County’s definition of “cooperation“ is “do what I say” we are clearly better off telling the County “no thanks.” On Tuesday, June 18, we hope you will do exactly that. Thank you.

The views expressed in the above editorial are those of the author, Mr. Paden.
by Greg Sebourn on Tuesday, June 11, 2013