...for a neighborhood meeting to discuss where your water bill is going. 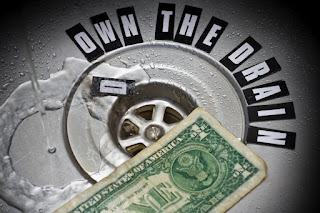 Meet the Candidates - You're Invited

at The Ballot Box on June 5 and In November!

Brian Calle is an Opinion Columnist for the Orange County Register, the Managing Director of Gambit Consulting Group, a Senior Fellow at the Claremont Institute, Editor of FreedomPolitics.com, President of the Young Executives of America, a Distinguished Speaker in the Friedman Foundation School Choice Speaker's Bureau and a member of the Board of Governors for the University of Southern California.

Please join us as Brian introduces many of our invited local candidates running for office including Orange County Board of Supervisors, City Council, School Board and Orange County Republican Party Central Committee.

One hour from 8:00pm - 9:00pm will be set aside for folks to meet and chat with candidates who wish to stay.

Why not dine at the Foxfire Restaurant before the meeting?
Separate reservations required through the restaurant.
Please call 714-974-5400 or visit www.foxfirerestaurant.com 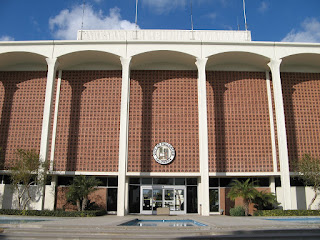 The Citizens Infrastructure Review Committee (CIRC) is scheduled to meet on Wednesday, April 4, at 6pm in the City Council Conference Room.  This is a PUBLIC meeting and PUBLIC COMMENTS are encouraged.

What does the CIRC do?  As the name implies, the committee reviews the City's infrastructure program also known as the Capital Improvement Program.  We look at prioritizing projects, funding sources, and act as the ears for the City Council.  The committee serves as an advisory body and has no authority to do anything accept approve previous meeting minutes and make recommendations to the City Council.

The Water Rate Study Ad Hoc Committee is scheduled to meet on Monday, April 9, at 6pm in the Main Branch Library.   This is a PUBLIC meeting and PUBLIC COMMENTS are encouraged.

The Ad Hoc was formed to vet the initial water rate study which was conducted in 2010 and reviewed by the committee in 2011.  As part of the study, the committee asked questions about the in-lieu franchise fee ($2.7-million water tax).

The Ad Hoc is made up of two committees, CIRC and the Energy and Resource Management Committee (E&RC), as well as 5 community members.  Many of the CIRC and E&RC members have chosen not to participate for personal reasons such as scheduling and the depth of commitment necessary.
by Greg Sebourn on Monday, March 26, 2012 No comments: