How would you feel if money you paid for your water bill was used for something other than production and delivery of water?  Would it bother you that the City wasn't investing it in the water system?  It should.

August 18, 1998, the Fullerton City Council voted unanimously to transfer $250,506 from the Water Fund to pay for 1/3 of the City's portion of the total cost to seismically retrofit the PD and City Hall. 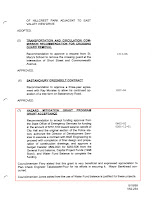 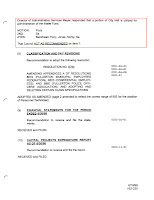 
But wait!  Wasn't the franchise fee supposed to cover costs associated with the Water Department's use of office space at City Hall?

Why Didn't Norby Speak Up On Fullerton's Water Tax? He did.

Back on May 6, 1997 a resident named Tom O'Neill told the City Council that he opposed the practice of transferring money from the Water Fund to the General Fund.  O'Neill said it's deceptive and builds mistrust in elected officials.  Then Mayor Chris Norby noted that the City attorney was reviewing this issue and would report on it at a future meeting.

The City's consultant tried to explain why these funds could be used.  His logic?  If a new waterline and reservoir were to be installed, many of the other park improvements could be logically tied to the water work.

Marie Whaling and Barbara Marr asked questions about the use of Redevelopment Funds and Water Funds for the park.

Mayor Norby explained that Redevelopment Funds were to be used for alleviating blight.  He went on to say that the concerns expressed regarding funding sources are legitimate and that Water Fund monies are for water purposes and expenditures must be related to water and its delivery. 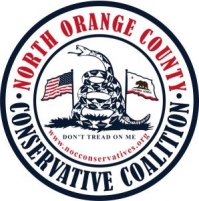 Local elected officials go on to become our State and National leaders. The important decisions we make at the Ballot Box on June 5 and in November effect our daily lives and our future.

Thursday, April 12, 2012
7:00 – 8:30 pm
Let's talk about how Orange County
and the media will cover the elections
with special guest speaker and emcee Brian Calle

Brian Calle is an Opinion Columnist for the Orange County Register and President of the Young Executives of America. He is also the Managing Director of Gambit Consulting Group, a Senior Fellow at the Claremont Institute, Editor of FreedomPolitics.com, a Distinguished Speaker in the Friedman Foundation School Choice Speaker's Bureau and a member of the Board of Governors for the University of Southern California.

Dessert & Coffee provided. $5 suggested donation to help cover costs.
Please RSVP to Desaré deseric@sbcglobal.net or Karla karladowning@aol.com
Why not dine at the Foxfire Restaurant before the meeting?
Separate reservations required through the restaurant.

Please visit our website www.nocconservatives.com
for news, events and updated election information.
by Greg Sebourn on Thursday, April 05, 2012 No comments:

City of Fullerton Gets Facts Wrong 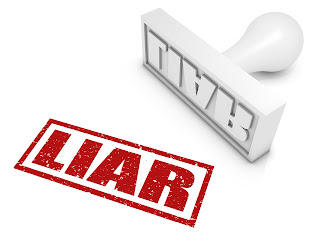 My inbox alerted me that the City's latest Focus On Fullerton newsletter published by City Hall had been deposited.

Perusing the topics I found a "A Q&A: "Understanding the City's water fund transfer".  It sounded pretty honest until I got to this part:

Q: I have heard the City’s water franchise fee described as “illegal,” is this true?

Cities are entitled to recover all of their costs for utility services through their water service fees, including costs provided by the General Fund in support of the water utility. The City has determined, however, that it is appropriate to identify and quantify rather than estimate the direct charges that should be assessed to the Water Fund for the use of City-owned property and facilities in support of water system operations. The City engaged an independent rate consultant for this purpose.

As you might expect, I take issue with the answer.

First, the city did NOT determine that it is appropriate to identify and quantify rather than estimate the direct charges that should be assessed to the Water fund.  No, it was the Howard Jarvis Taxpayers Association and California Courts that determined activities similar to those practiced by City Hall were illegal.

Second, it is absurd to think that Municipal & Financial Services, Inc. is an independent consultant.  This is the same firm that conducted the Rate Study last year and who told the Water Rate Study Ad Hoc committee that we shouldn't ask questions about the franchise fee because we''l be "opening a can of worms."  I'm confident that M&FS did exactly what they were hired to do: justify as much of the transfer as they could articulate.

So, while the City chooses to dance around the subject and smooth over the problem with distractions, I'll answer the question... YES, THE FRANCHISE FEE IS ILLEGAL AND IT IS STILL IN PRACTICE IN FULLERTON.

On a "minor" side note, the City also incorrectly tells us that we can only bring up the issue when it is on the City Council Agenda:

Does the public have any say?
Yes, members of the public may speak at Ad Hoc Water Rate Study Committee and City Council meetings when the item is agenized. They may also write letters to the City Council.

This is another piece of bad or erroneous information.  The public may speak to the City Council about anything within the Council's purview, such as water rates, rebates, and franchise fees even if the issue is not on the agenda.  This is what the PUBLIC COMMENTS section of the City Council meeting is reserved for.  You have a legal right to speak before your elected representatives whom serve you.

There are a few other topics in this issue of Focus On Fullerton which I take issue with and will bring up before the City Council tonight.  The meeting starts at 6:30PM with several presentations and proclamations.
by Greg Sebourn on Tuesday, April 03, 2012 No comments:

Here are a few fast facts about Fullerton:

400 - the number of years it will take to replace that water line in the street (current replacement cycle should be 6 miles per year on 50-year cycle)
547.6 - millions of dollars of pension liability (CAFR 2011, page 69)
657.9 - millions of dollars of Redevelopment Agency liability (March 20, 2011 agenda item 6: "PROPOSED THIRD AMENDMENT TO ENFORCEABLE OBLIGATION PAYMENT")
91 - the percentage of increase in water rates proposed by City of Fullerton May 23, 2011
2,000 - approximate dollars paid per month in daily stipends to Councilman Bankhead as a Director on the Orange County Water District Board (City Council Agenda Item 12, April 3, 2012)
27 - millions of dollars skimmed since 1997 from the Water Fund to pay for salaries and benefits of employees not associated with the water department  (Public Records Request data from Julia James, Administrative Services Director, City of Fullerton)
2.7 - millions of dollars the City plans to skim June 2012 (Based on Adopted Budget FY2011-2012)
64 - days left for you to decide if you want to change any of these numbers (Recall Election June 5, 2012)
by Greg Sebourn on Monday, April 02, 2012 3 comments: