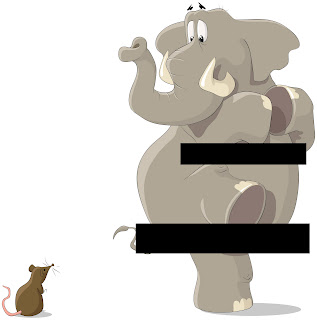 Recently in the news was another story that points to the blatant hypocrisy that exists within the wall of California's universities.  CNN, Fox, MSNBC, CBS, and others have all covered the story of the UC San Diego student-run newspaper, the Koala, Volume 6, Issue 1, wherein an editor calls a student-body VP a "Fat Whore" with a picture of a penis and scrotum in her face.  (--GRAPHIC WARNING - view The Koala here GRAPHIC WARNING--)

Unlike UCSD, where administrators have said the editor has the right to free speech and artistic expression, CSUF's administration doesn't want anyone to speak ill of their over-paid president, Milton A. Gordon.

I suppose if CSUF student-reporters would like to speak the truth and point out facts about the university's over-paid administration, they need only to use graphic profanity.  I, on the other hand, do not need to resort to such tactics.

According to the Sacramento Bee, Gordon took a couple of pay cuts from $311,944 in 2008 and $302,042 in 2009 to $294,615.  The cut amounts to a whopping 5.5% which doesn't mean much considering he lives, rent-free, at the publicly-owned El Dorado Ranch mansion in Fullerton.  I haven't looked into it but I'm guessing he has a state-owned car and maybe even a driver.  Regardless of the latter, Gordon enjoys the sweet life that the rest of us pay for through taxes and students through ever-increasing fees and tuition.
by Greg Sebourn on Friday, February 18, 2011 No comments: 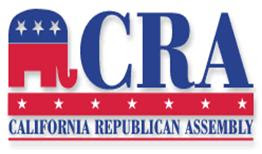 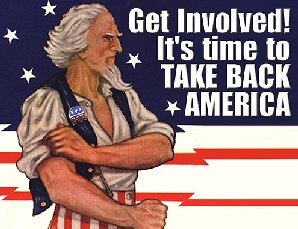 Like the phoenix rising up from the ashes of the Fullerton Redevelopment Agency, the Fullerton Housing Authority is born.
The February 15th Fullerton City Council Agenda contains an item that would create a new city government bureaucracy in which to shelter the Fullerton Redevelopment Agency’s funds from the State of California.
The staff report attached to the agenda suggests that the Orange County Housing Authority would likely gain control of the City’s $33-million currently allocated for housing if Governor Brown’s budget cuts include dismantling the powerful redevelopment agencies.
City staff are concerned that the City will loose local control should the County control the money.  For years, the City of has passed the buck on local control to quasi-governmental agencies like the Southern California Association of Governments (SCAG).
SCAG develops rules, guidelines, and policies for its members to follow as part of a master plan.  SCAG is all about light rail, transportation centers, building up- not out, and environmental causes.  SCAG gained some legitimacy when the Federal government declared the organization to be a metropolitan planning organization.  SCAG would turn into a mini Downtown Los Angeles if they could. …but I digress.
Back to my point.  The City of has been using the Fullerton Redevelopment Agency to conduct business which no public agency should be conducting such as land development (as opposed to economic development).  The Fullerton Redevelopment Agency is tens of millions of dollars in debt thanks to the issuance of tax bonds.  And while spending money to buy up businesses and apartments for nefarious purposes, property taxes are diverted from public safety, education, and the infrastructure.
Now the same people who gave us a $29,000,000 tax bond (estimated to cost taxpayers $50-million) last year seek to continue to shelter public funds but in a new government agency to be called the Fullerton Housing Authority -because they don’t want to give up local control!  Why worry about local control this late in the game?
As I have said repeatedly, there is nothing that the City of cannot do as a city without having a redevelopment agency -except issue tax bonds without taxpayer/voter approval.
Here is an excerpt from the staff report of what the Housing Authority may do:
“The City Council may adopt a resolution declaring there is a need for a housing authority if it finds either of the following: 1) that unsanitary and unsafe inhabited dwelling accommodations exist in the City, or 2) that there is a shortage of safe or sanitary dwelling accommodations in the city available to persons of low income at rental rates they can afford.”
The report goes on to advise council members that they should become the Housing Authority Commissioners.  The report doesn’t mention it but I wonder how much these new commissioners will be paid for their service?
As our fearless leader says in every speech, “Let me be clear…”.  Let me be clear that there are housing issues that need to be dealt with.  However, a housing authority is just another department to manage with more overhead.  There is an existing department, Community Development, which could and should handle housing issues.
The staff report mentions that about half of all renter households are over paying for what they can afford.  If a government agency was to continuously accommodated renters based on their respective incomes, what would be the incentive for renters to be more productive with their time?  In other words, if the city provides housing to accommodate an annual salary of $20,000, then where is my motivation to earn $30,000?  Without individuals progressively improving their financial growth and productivity, we will continue to have an economic recession.  And eventually, a handful of wealthy aristocrats will have to provide for the masses, not unlike the lords and serfs of the dark ages.
Finally, I leave you with “staff’s” summary of the situation:
“In response to the Governor s proposed budget the formation of a local housing authority will provide the City with the opportunity to maintain local control of the existing affordable housing fund balances and allow the City to provide for the development of affordable housing within the City s boundaries Under the proposed State budget the housing funds would go directly to the Orange County Housing Authority where local control would be lost and development of affordable housing in the City would have an uncertain future and risk not meeting its RHNA obligations In response to the proposed budget staff is requesting that the City Council consider approval of establishing the Fullerton Housing Authority in order to safeguard the City s ability to provide affordable housing opportunities.”
by Greg Sebourn on Monday, February 14, 2011 No comments:

I finally got to see both of these movies and have about 10 minutes between tasks, just enough time to share my thoughts on both.

True Grit is a great story.  The original John Wayne portrayal of Ruben "Rooster" Cogburn was, in my opinion, one of John Wayne's greatest ever.  Much of Wayne's career was spent acting like- well, John Wayne.  It didn't matter if he was fighting the injuns or the Japs, he was amazingly the same character.  True Grit however forced him or perhaps challenged him to step out of his norm and try something else.  The original film still stands as a classic Western.

Needless to say, when Jeff Bridges put on the boots, he put on a character unlike any he had ever played before.  There was zero John Wayne and yet Rooster Cogburn was alive and well on the silver screen once more.  Jeff Bridges is truly one of the greatest character actors of my time, perhaps of all time.  His scenes drag you right into the campsite where you can smell the whiskey on his breath.  As great of a performance as Jeff Bridges gave us, his leading lady, Hailee Steinfeld, was no less enduring.  Playing the part of a young teen filled with relentless desire to bring to justice her father's murderer, she stays true to the story and lends credibility where the original may have fell a little short.

The Green Hornet was great fun.  As silly as most of it was, I enjoyed the action and story line.  The idea that the Green Hornet wasn't much of a hero, except by dumb luck and the skill of Kato, brought home the humor.  The Green Hornet is everything Superman and Spiderman lack.  I see more Green Hornet movies in our future...
by Greg Sebourn on Sunday, February 13, 2011 No comments: