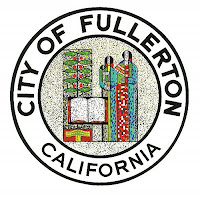 The Agenda has some big-ticket items that you should be aware of.  Among them is the massive issue of water rates and determining what costs should be appropriately charged to the Water Fund.

There are a total of 27 items on the agenda and I hope to hear you speak about them.  Your voice matters so please speak up.

Concert in the Park - Tonight

The Fullerton Parks and Recreation Department’spopular outdoor summer concert series returns in July 2012. Bring your family and friends to enjoy a night of music under the stars! While food will be available for purchase, concert-goers are welcome to bring a picnic supper to enjoy, as well as lawn chairs or blankets for seating.
The Fullerton Museum Center leads a FREE family arts & crafts booth featuring a different craft each week. Call (714) 738-6545 for more information.

Admission: Free
Parking: Free
Parking is available in the Sports Complex parking lot. Overflow parking is available at the EV Free Church parking structure (located at Brea Blvd and Bastanchury Rd). Shuttle service is provided between the Sports Complex and the EV Free parking structure from 6 p.m. to 9 p.m.
Band Line-up for 2012
Sponsors:  Thank you to our Title Sponsor East Fullerton Dental Care
Further information about the concerts may be obtained by calling the Parks and Recreation Department’s Information Hotline at (714) 738-3167, or the Fullerton Museum Center at (714) 738-6545. Persons requiring special accommodations to attend the concerts are asked to notify the department staff prior to coming to the sports complex. Parking for the disabled will be available at the site.
by Greg Sebourn on Wednesday, August 01, 2012 No comments: 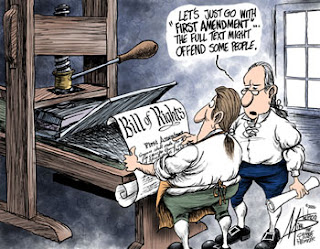 I never thought my previous post on the title subject would lead to a second post on the issue but I think perhaps now would be a good time to do so.

If you recall, I mentioned that fear is used as a means of control.

As an elected council member my fear is limited to making a poor decision that has unforeseen and negative consequences.  I fear that I will wake up on a Wednesday morning to find out that the previous night's decision would have a drastic negative impact.  But decide, I must; that is what your elected officials must do.

So with each decision, with each blog post, with each public appearance, I run the risk of saying or doing something that will have a negative impact and that, to some degree, makes me fearful.

However, I must keep a level head and remind myself and those around me that I am human and inclined to act as such.  "Be humble" I say to myself.

And if I should say too much, stumble or miss a step, the press is there to remind me of who I represent.  While we can certainly argue the role of the press and the various biases that each media outlet may have, it is of the utmost importance that all of us remember the role of the press.  In my opinion and that of many, the press serves the people equally as much as government itself.  The modern press is able to tell the public that which government would rather not share.

Sometimes the government (an all encompassing term which could include public employees, elected and appointed officials, etc.) makes an embarrassing mistake, like when Fullerton police officers mistakenly raided the wrong house.  Sometimes government withholds information because of ongoing investigations, like when the Fullerton Police Department refused to release the video of police confronting Kelly Thomas on July 5th.  In these two examples the public by and large knew of the incidents' occurrence and even some details.  However, it takes a complete disclosure of the evidence to paint an accurate picture of the events.  Since former Fullerton Police officers have certain rights of appeal with respect to their employment, I will not comment further on that case.

In both cases, though, the press had a specific role to play in sharing information with the public.  While the press can request information all day every day, it takes the government (again a broad term) to provide the press with the information.  We have the First Amendment of the U.S. Constitution that guarantees that the press can operate without interference from government.

But what about when a government has information which the public would take great interest in if the press knew of its existence and were to report it.  What if the government chose not to release it or even make its existence known?  This is where the importance of an elected representative can make all of the difference.  Having officials willing to open their doors to the press and the media and allow for complete, and sometimes even embarrassing, transparency is in my opinion the only way to ensure an honest government that places the citizens first.  Fear of the truth is power to some and terror to others.


"The basis of our governments being the opinion of the people, the very first object should be to keep that right; and were it left to me to decide whether we should have a government without newspapers or newspapers without a government, I should not hesitate a moment to prefer the latter. But I should mean that every man should receive those papers and be capable of reading them." --Thomas Jefferson to Edward Carrington, 1787.