I'm not sure why the email was sent to me but I thought you might like to know what "progress" looks like 10 years after we watched the towers fall.  At the bottom is a link to a Youtube Video.  It is 26 minutes of pain and suffering.  Watch it and never forget... 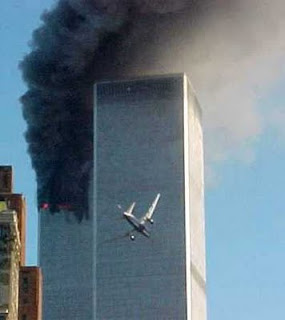 Dear Friend,
I am writing to let you know that I have sent to the Federal Register the Final Rule governing the September 11th Victim Compensation Fund. Since issuing the proposed regulations in June, I have met with hundreds of you at town halls in New York and New Jersey and reviewed the formal comments submitted in response to the proposed regulations. I am so grateful for and have benefited from having met so many of you and having heard your concerns and suggestions.
Based on your feedback, as well as further review of the best scientific and medical evidence that is available, I have made some changes to the regulations for the Final Rule. First among them, I have expanded the geographic zone recognized as a “9/11 crash site.” The proposed rule suggested that the term “9/11 crash site” included the area in Manhattan south of Reade Street – boundaries that were substantially broader than those used in the Fund’s first iteration. However, in light of the comments that were submitted, as well as further examination of the available evidence, the Final Rule expands the zone of geographic eligibility to include the area south of Canal Street. In addition to the dust that was present most heavily in the area south of Reade Street, there is also evidence suggesting that prolonged exposure to dust between Reade Street and Canal Street created a risk of physical harm. There are also substantial numbers of patients who live between Reade Street and Canal Street who are receiving treatment in the World Trade Center (WTC) Environmental Health Center program. 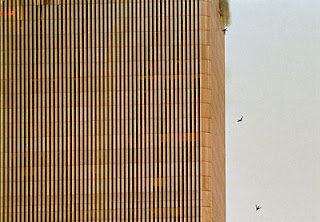 While there is evidence that the smoke plume from the site traveled beyond Manhattan south of Canal Street, the concentrations of contaminants in the smoke cloud were most intense within and very near Ground Zero. By the time the smoke cloud had reached other areas, such as Brooklyn, the particulate concentrations were significantly diluted. Thus, the initial zone of coverage will include the World Trade Center, Pentagon, and Shanksville sites; the buildings that were destroyed; the area south of Canal St. in lower Manhattan; and the routes of debris removal.
One area that has remained unchanged since the draft regulations involves the determination of which physical harms and deaths were “a result of” the crashes or debris removal within the meaning of the statute. The Rule requires the Fund to maintain and publish a list of presumptively covered conditions that resulted from the air crashes or debris removal. This list will consist of the physical injuries and conditions that are found, under the WTC Health Program, to be WTC-related health conditions. I will update this list so that it includes not only those physical conditions listed in Title I of the Zadroga Act, but also any additional physical conditions that the WTC Health Program subsequently determines to be WTC-related.
I know many of you will be disappointed by this decision; in particular, because it means that, at least at the beginning of the Fund’s operations, the Fund is not able to identify any particular type of cancer as a WTC-related condition. Congress, in drafting the Zadroga Act last year, did not include cancer in the list of illnesses and health conditions that experienced medical professionals have determined could be found to be substantially likely to have been aggravated, caused, or contributed to by exposure to conditions resulting from the September 11, 2001 terrorist attacks. Since that time, the first periodic review by the WTC Health Program Administrator similarly found insufficient scientific and medical evidence for adding cancer to the list of covered conditions. After considering all of the comments and the available scientific and medical evidence, I have decided that it is important, and consistent with the intentions of Congress, that I continue to rely on the medical judgment made by the WTC Health Program. While the Fund will evaluate new evidence as it becomes available, and will add to its list of presumptively covered conditions any physical injury condition that the WTC Health Program recognizes as WTC-related, the Final Rule will not add any additional conditions at this time.
Although exceptions can be made to this list of covered conditions, the rules require such exceptions only in extraordinary circumstances, and where the claimant satisfies other eligibility criteria, including presence at a 9/11 crash site.
The Final Rule contains other changes as well. For example, we have attempted to provide greater consistency with the WTC Health Program by adding additional forms of proof that may be used to establish eligibility. We have also clarified the types of fees and charges that would come within the caps on amounts that a claimant’s representative may charge in connection with a claim made to the Fund.
I encourage you to read the Final Rule in its entirety. I am placing the signed copy of the Final Rule that was submitted to the Federal Register on the Fund’s website, www.justice.gov/vcf. I expect the Rule to be published later this week, and we will put the official version on the website when that happens. The Rule will go into effect when the Fund opens its doors on Monday, October 3. Much more information, including detailed instructions on how to file a claim, will be made available at that time. In addition, we will continue to update the Frequently Asked Questions (FAQs) section of our website, www.justice.gov/vcf.
I can’t promise that everyone will be satisfied with every decision that the Fund makes, but I do hope you feel that the process is fair, transparent, and easy to navigate. As I said when I was first appointed, as a lifelong New Yorker, the opportunity to serve the country and the 9/11 community in this way is a tremendous honor. I have been touched by how many of you have expressed appreciation or good wishes for the Fund’s operations.
Thank you for your continued faith and support. I look forward to meeting more of you, and to serving you the best that I can.
Yours,
Sheila
http://youtu.be/wNNTcHq5Tzk
by Greg Sebourn on Monday, August 29, 2011