Worth re-reading is the OC Register's editorial on the 4th District race from March 22, 2010 titled "Editorial: Fourth District supervisor race draws six".  Here is a sampling to wet you whistle.


"Two members of the Anaheim City Council, Harry Sidhu and Lorri Galloway, have filed their intentions to run. Mr. Sidhu said he is running to "alleviate some of burdensome regulations in the county" in an effort to help create "more makers and less takers."
Ms. Galloway says in a video on her Web site that she wants to focus on jobs and the economy, though an example she gives as a job generator is high-speed rail, a tax-funded, big-government boondoggle."

The editorial closes out with this:


"The Register's Editorial Board plans to talk more with the candidates for supervisor in the coming weeks, assessing their positions and competence for the nonpartisan job. At the very least, the next supervisor must be a staunch advocate for property rights and opposing eminent domain, for reducing the size of county government, and, most importantly, for hard-nosed pension reform." 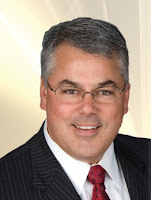 For those who missed it, the OC Register said that "At the very least, the next supervisor must be a staunch advocate for property rights and opposing eminent domain, for reducing the size of county government, and, most importantly, for hard-nosed pension reform."  It is clear who that person will be, Shawn Nelson.  He is the only candidate who meets ALL of the Register's requirements.  June 8th is fast approaching and I smell victory!
by Greg Sebourn on Friday, May 21, 2010